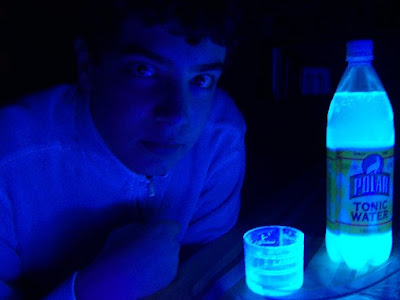 There are a lot of everyday materials that fluoresce, or glow, when placed under a black light. A black light gives off highly energetic ultraviolet light. You can't see this part of the spectrum, which is how 'black lights' got their name. Fluorescent substances absorb the

ultraviolet light and then re-emit it almost instantaneously. Some energy gets lost in the process, so the emitted light has a longer wavelength than the absorbed radiation, which makes this light visible and causes the material to appear to 'glow'. Fluorescent molecules tend to have rigid structures and delocalized electrons.

(The black light fluorescent bulb, with holder, was $10 at Wal-Mart. It can be plugged in and moved around wherever needed. We also have an incandescent black light bulb, but it doesn't work very well, and gets very hot.)

What we got to glow: 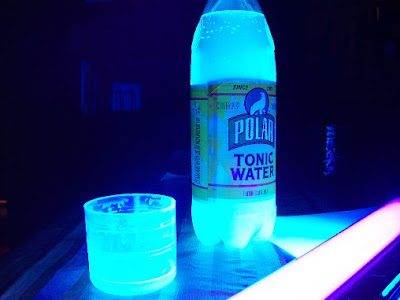 White paper is treated with fluorescent compounds to help it appear brighter and therefore whiter. Sometimes forgery of historical documents can be detected by placing them under a black light to see whether or not they fluoresce. White paper made post-1950 contains fluorescent chemicals while older paper doesn't. 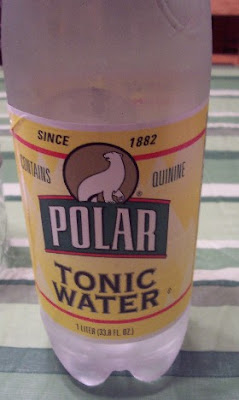 The bitter flavoring of tonic water is due to the presence of quinine, which glows blue-white when placed under a black light. 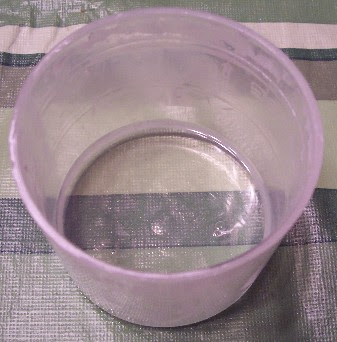 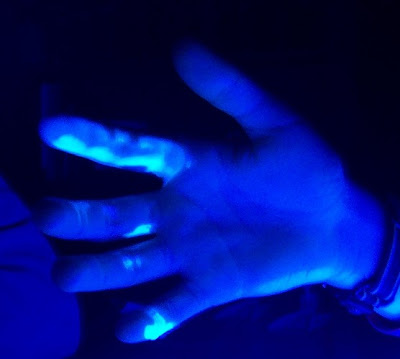 Some of the whiteners in detergent work by making your clothing a bit fluorescent. Even though clothing is rinsed after washing, residues on white clothing cause it to glow bluish-white under a black light. Blueing agents and softening agents often contain fluorescent dyes, too. The presence of these molecules sometimes causes white clothing to appear blue in photographs.

What we didn't get to glow:

Vitamin A and the B vitamins thiamine, niacin, and riboflavin are strongly fluorescent. Try crushing a vitamin B-12 tablet and dissolving it in vinegar. The solution will glow bright yellow under under a black light.

Chlorophyll makes plants green, but it fluoresces a blood red color. Grind some spinach or swiss chard in a small amount of alcohol (e.g., vodka or everclear) and pour it through a coffee filter to get chlorophyll extract (you keep the part that stays on the filter, not the liquid). You can see the red glow using a black light or even a strong fluorescent bulb, such as an overhead projector lamp, which (you guessed it) gives off ultraviolet light.

Minerals and gemstones are most commonly made fluorescent or phosphorescent due to the presence of impurities. A sample of sodalite I bought at the New York State Museum back during Chemistry Week in October came with a slip of paper said "many" specimens are fluourescent; ours was not. 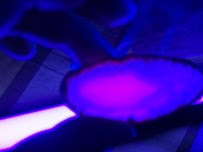 (A transparent piece of what I think is agate did glow a nice orange color, but it came out bluish in the photo.)


What glowed that we weren't expecting:

this is the topic we chose for our science fair project. the info was very helpful.