Chemicals for Your Kids' Cold 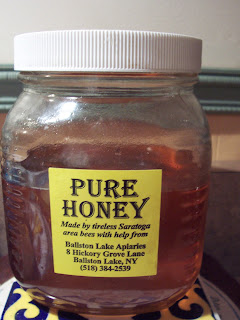 With many children's cough syrups being pulled from the market because they don't work, an old folk remedy -- honey -- may work just as well or better, researchers report.

In a study of kids having trouble sleeping because of cough, a research team at Penn State College of Medicine compared the effectiveness of a little bit of buckwheat honey before bedtime versus either no treatment or dextromethorphan (DM), the cough suppressant found in many over-the-counter cold medicines.

An FDA advisory board recently recommended that over-the-counter cough and cold medicines not be given to children under 6 years of age because of a lack of effectiveness and potential for side effects.

"With honey, parents now have a safe and effective alternative to use for children over age 1 who have cough and cold symptoms," Paul said.

Paul cautioned that honey should never be given to children younger than 1, because of the rare risk of infantile botulism. In addition, he noted, cough medicines that mention "honey" on the label actually contain artificial honey flavor.

Honey is primarily composed of fructose, glucose and water. It also contains other sugars as well trace enzymes, minerals, vitamins and amino acids.

And what is dextromethorphan (C18H25NO )?

Dextromethorphan (DXM or DM) is an antitussive (cough-suppressant) drug found in many over-the-counter cold and cough medicines. Dextromethorphan has also found other uses in medicine, ranging from pain relief to psychological applications. Pure dextromethorphan occurs as a powder made up of white crystals, but it is generally administered via syrups, tablets, or lozenges manufactured under several different brand names and generic labels. 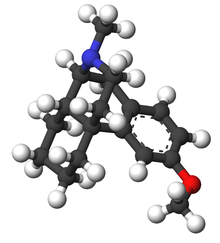 When taken at doses higher than are medically recommended, dextromethorphan acts as a dissociative hallucinogen. It produces effects similar to those of the controlled substances ketamine and phencyclidine (PCP), which affords it a high potential for abuse.