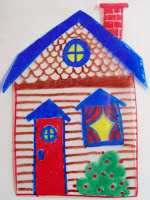 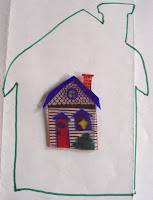 I pulled out some sheets of shrink film lying around in my art cabinet so we could play with polymers. Polymers are long chains of molecules that can be manipulated in different ways. Shrinky Dink and similar thermoplastics are stretched using heat. When you re-heat them, they revert to their original shape. Here's a handout for kids from the American Chemical Society on making your own shrink film from recycled clamshell containers from the bakery or salad bar. Look for the #6 recycling symbol (other plastics will react in different ways in heat -- including by giving off toxic fumes). Number 6 is for polystyrene, the same stuff that Styrofoam is made out of. You obviously want the hard, thin, clear plastic, not the expanded puffy stuff. 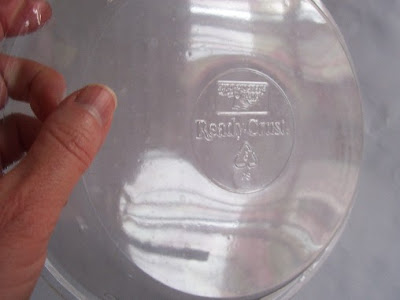 It'd been a while since I played around with these, and I forgot that you have to let them curl up and then uncurl before removing them from the oven. 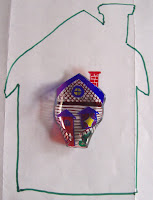 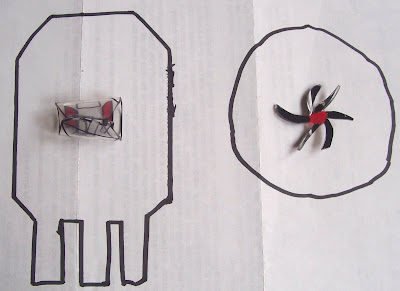 We popped them back in the oven and they straightened themselves out, with a little help where they had stuck together. Be careful fiddling around with them: when they're soft enough to unbend, they're still pretty hot.

Here's what the kids made: 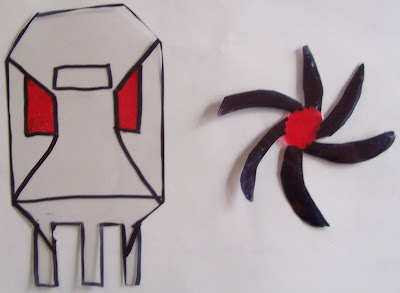 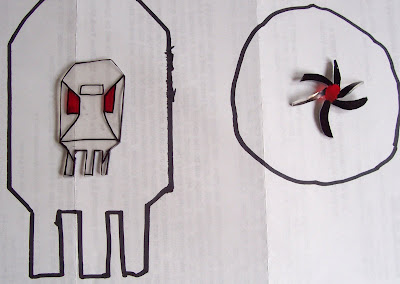 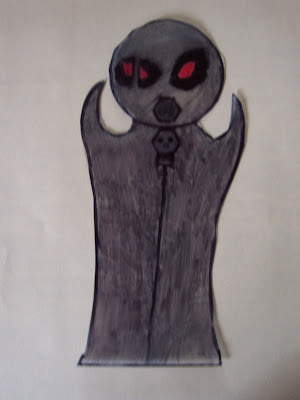 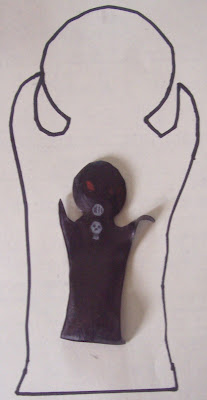 Shrinkage: 50%
(By the way, it was a great day to be baking things, a brisk 50-something. In May. Helped me hold out against the urge to turn the heat on.)

I have shrunk styrofoam cups and painted them to look like little hats. Do you know of any reliable source where I can find out if baking these cups (250 degrees F for about 3-4 minutes) emits any toxic fumes? I have a rather concerned first grade teacher who has addressed this issue on the craft that I posted. Thanks if you can help :)

Hi Amanda -- I took a look at your hats. Very cute! (I do some craft designing for magazines as well.)

My guess about the toxicity is that it probably is somewhat toxic but that you would be alright if the room was ventilated.

However, for a real chemist's answer, try asking Anne Helmenstine at chemistry.about.com!