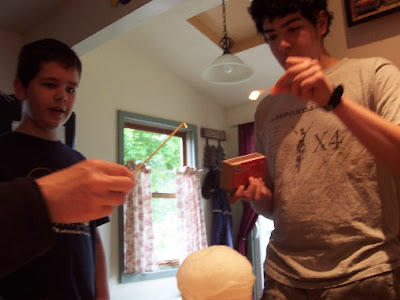 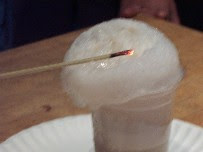 Science educator Robert Krampf has a collection of home science videos -- many but not all about chemistry -- on his website. He recently re-instated his email list, and I decided to try today's Experiment of the Day with some friends who are visiting. You can see Krampf explaining the experiment as he performs it on his website, which I have added to the sidebar. Here is an excerpt: 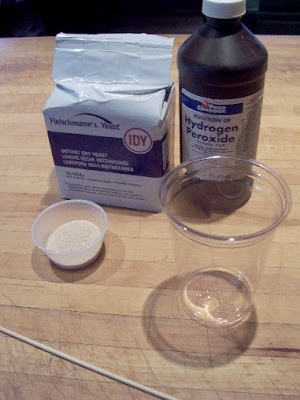 Pour some hydrogen peroxide into the glass. Sprinkle some of the yeast into the peroxide and give it a stir. Very quickly you will see bubbles rising, producing foam on top of the liquid. 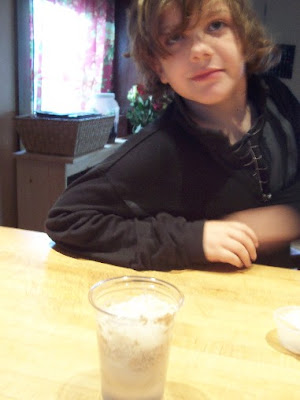 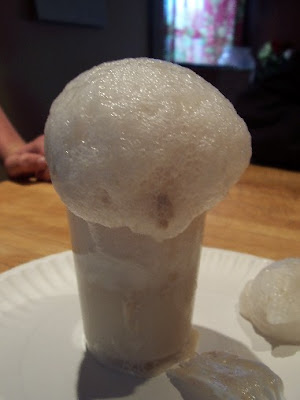 Light the end of the wooden skewer, and let it burn for a moment. Then blow out the flame. If you blow gently on the burning end, you should see a red glow. It is still burning, but not flaming. Carefully bring the glowing end of the skewer up to the larger bubbles in the foam. The skewer should flare up, bursting into flame.

We did not get the dramatic results that he gets in the video, but after a few tries we figured out that you need to let the skewer burn for few minutes to get hot enough to reignite.

Here is an explanation of how our bodies use catalase in the same way: