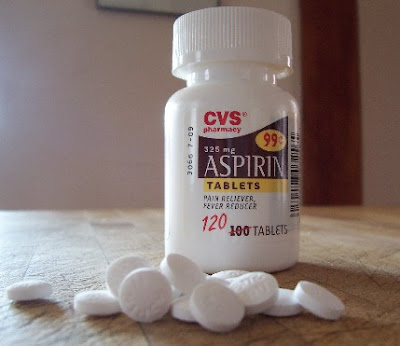 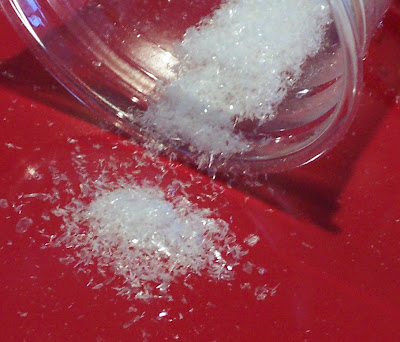 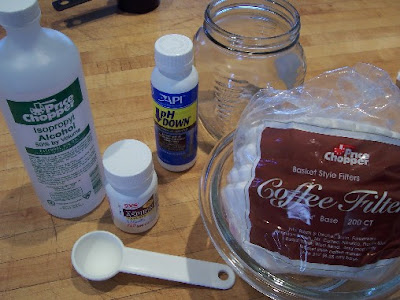 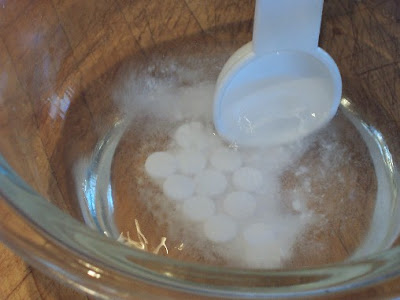 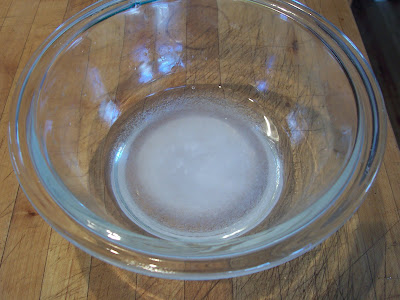 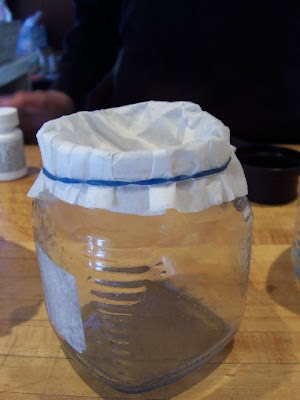 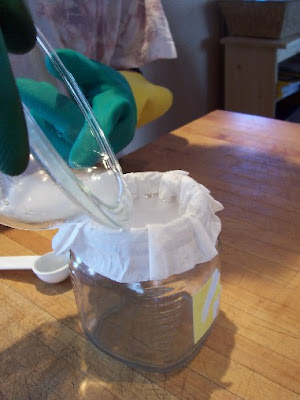 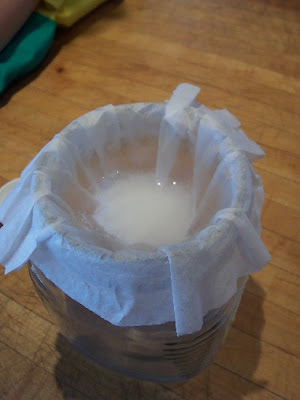 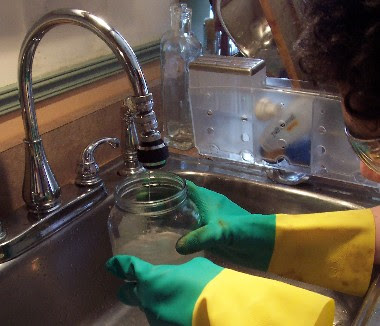 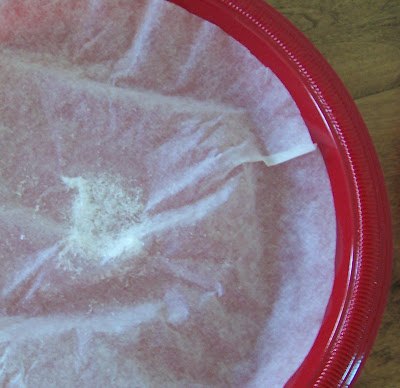 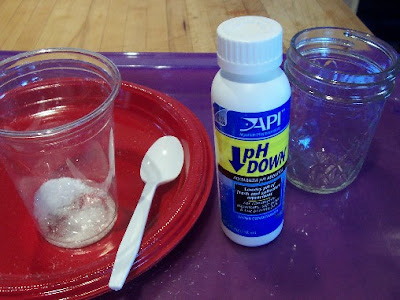 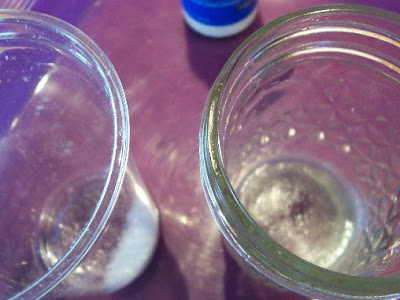 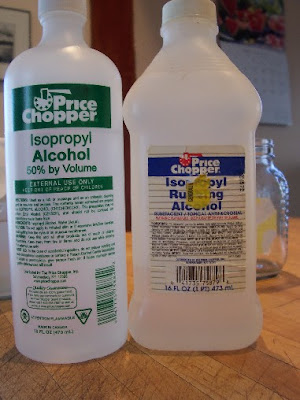 In the end, we had twice as much acetylsalicylic acid as we needed. We probably used too much in the final step (as well as too much sulfuric acid, which I tried to pour slowly out of the bottle instead of using a pipette) because when we put it in the microwave, it immediately started steaming! I turned it off a few seconds short of 15 and the vinegar smell was overwhelming.
Posted by Kathy Ceceri at 10:50 AM

You need to state the size of the aspirin (i.e. mg).