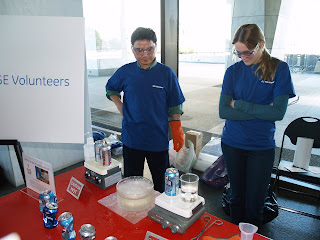 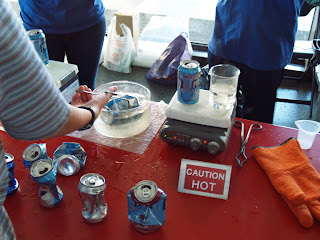 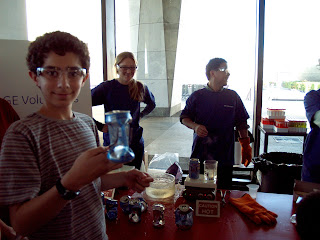 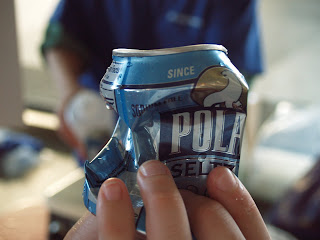 There were beads that change color in UV light and several places to make slime from borax and Elmer's glue. But perhaps the most exciting displays at Sunday's celebration of National Chemistry Week at the New York State Museum in Albany were the booths that featured dry ice. Over at the GE Volunteers table, they were deforming soda cans.

Across the hall, Sienna College students had a couple of neat demonstrations going on. A mysterious-looking contraption dripped bubbles filled with mist that burst spectacularly upon hitting the ground. Inside, we were told, was just a bowl of dry ice and some soapy water. 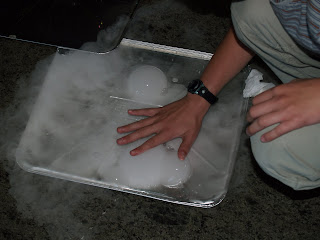 Next to them, were mixing cream, sugar and flavoring in sandwich bags and placing them on a block of dry ice. Within seconds the frozen treat would congeal, ready to be served with sprinkles.

Some trivia: Did you know that former British Prime Minister Margaret Thatcher was a research chemist who helped develop the first soft ice cream?
Posted by Kathy Ceceri at 8:35 AM